The Ever After of Ashwin Rao 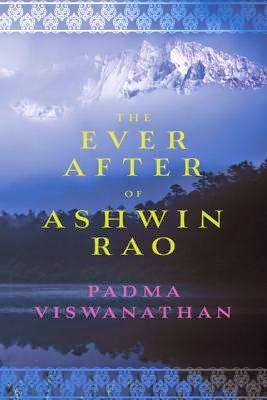 This book is centred around the Air India attack of 1985, in which an Air India flight travelling from Vancouver to London was bombed and all 329 people aboard were killed. The plane was leaving from a Canadian airport, with most of the passengers being Canadian. Yet the Canadian government considered it an Indian issue and never responded in the way that many people now think they should have.

This political incident is the core of Viswanathan's novel. Ashwin Rao, a Canadian trained psychologist, returns to Canada from India in 2004, now that 2 suspects are finally on trial for the Air India bombing.

He is purportedly doing a study of grief among the survivors of this tragedy, but neglects to mention to his subjects that his own family members had been on the plane too. As he reaches Vancouver (having moved cross-country from Montreal, doing interviews) he becomes enmeshed in the lives of 2 families who were both affected by the event as well.

Ashwin ponders the effects of this kind of trauma on families and on a larger cultural community, and he also becomes involved in the lives of the younger family members, who were children when Air India happened. At least half the book deals with these two families, their actions and relationships, and the individual responses to grief -- fanaticism, religion, turning to more secular practices, and so on. There were details upon details about each of these people, their pasts, their present troubles, their remaining ties to India, and so forth. Although it did build a complex picture of the ways in which individual lives interlock and are never free from the influence of others, I did feel that there was a tendency to include a little too much, and to go on a bit in this regard.

I liked Ashwin, and his stated purpose at the beginning of the book. I thought the situation around the Air India bombing was well presented  and powerful. Viswanathan also enlarges upon the political background in India, shared through Ashwin's eyes. There were many wonderful moments of family interaction, of beautiful descriptions of the landscapes and of a character's love of place, whether India or Canada.

Eventually though, I began to feel like this book was just too long. There was a fair bit in the last half of the book that I skimmed rather than felt engrossed by, and the political facts overwhelmed the appeal of the characters. While I think that this novel provides a very strong view on this particular political incident, and I was glad to learn more, as a novel it wasn't as deeply satisfying. I thought the focus drifted between the Air India crisis, Ashwin's personal life, and the domestic dramas of the two main families he encounters, and this diluted the power of the story for me. It is a book that is tackling a massive topic, one which started strong but lost momentum as it went on.