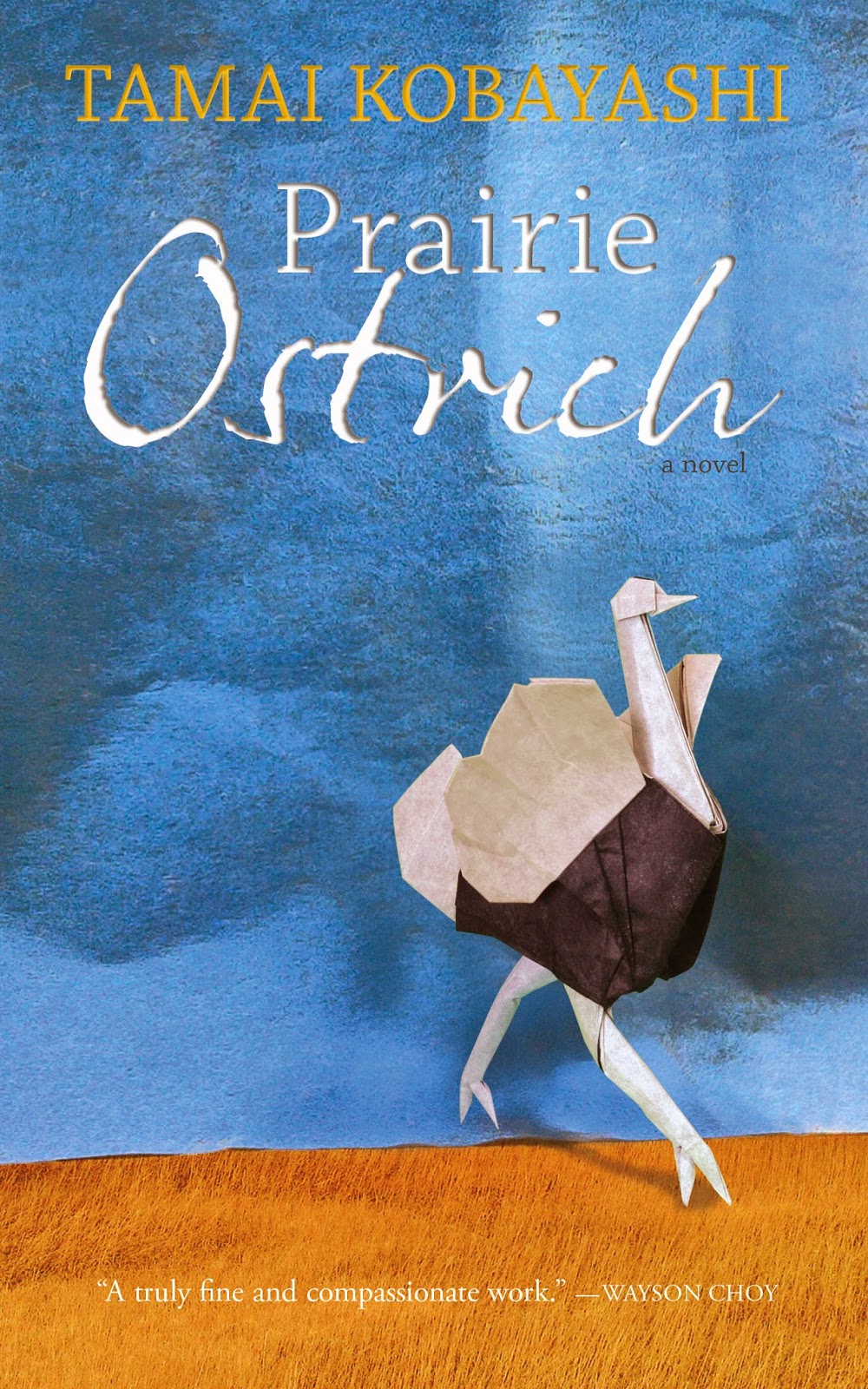 I must start by noting how amazing this cover is. So beautiful! And the incongruous title is borne out by the story -- ostriches being raised where they don't really belong, in southern Alberta, rather reflective of who is doing the farming -- a Japanese family, the only one around.

It's a fairly bleak story, told mainly from the perspective of Egg, the youngest child. She's a bit unusual, and is seriously bullied at school for it; it's a sad, stressful thing to read about her experiences, and her stoic acceptance of her treatment, even while she internalizes the rejection. Not only this, but her older brother Albert died recently in a suspicious accident on the train bridge.

Still, Egg has a spark that keeps her going, even while her mother is drinking to excess in the aftermath of Albert's death, and her father isolates himself in the ostrich barn. Oldest sister Kathy has to run the family, but she is also going through grief for Albert along with her own struggles, since she's in love with her best friend. Big surprise, there is no room for lesbian affairs in this small town.

The setting of this novel follows the trope of small, dysfunctional prairie town, and I had to try to get past that. I've read so many of these stories, and being from the prairies, I'm not sure I find it all that interesting anymore. But this novel had some fresh perspectives to share, and I appreciated that. I liked how Egg tried to solve her own problems, and found solid refuge in the school library and in learning. The visual and olfactory reality of the ostrich barn was a strong and unusual element, and created space for parts of the story to really stand out.

I did feel that perhaps this novel tried to take on too many issues all at once, piling the misery on to this poor family. But it was a new look at an old setting, and one that exposed many shades of experience that may not be the usual suspects in this kind of story. The characters were drawn with depth and caring, and they really made the story for me. I appreciated what Kobayashi was doing here, even with my own personal reservations as to storyline. Intriguing and just different enough that it may appeal to many readers interested in the themes of bullying or family dysfunction.
Posted by Melwyk at 4/14/2014 09:00:00 am