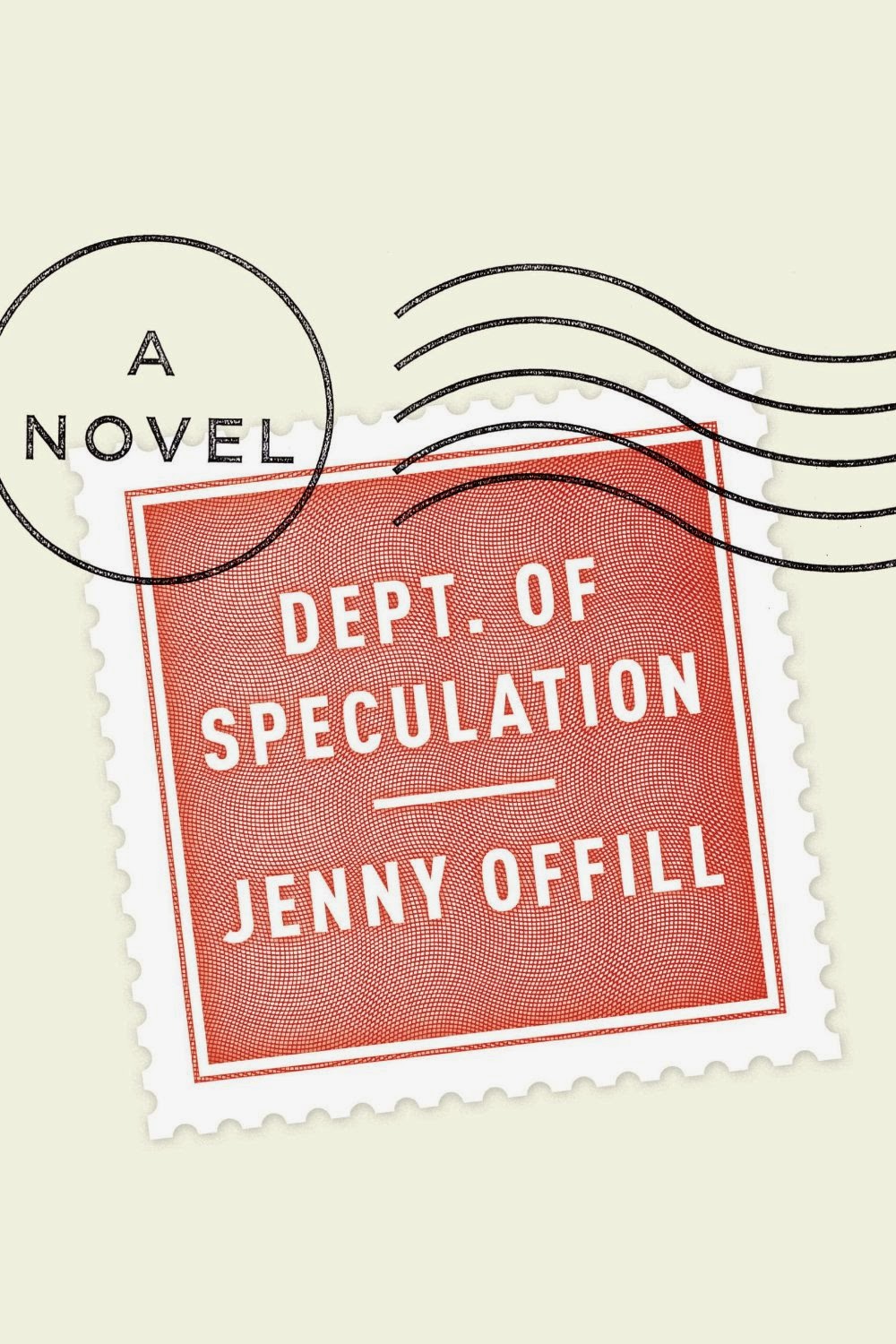 This is a small book, a slip of a story that reads quickly, told in small paragraphs not always following one another logically. It reflects the content, as it's about a couple who slowly find their perfect marriage shattering into pieces as well. So, it's not a happy story, but it is thoughtfully told.

"The Wife", as our heroine is known, tells a story of a relationship that seems solid, all the way through struggles around having a child, to suffering through a bedbug infestation, to daily dramas -- until, that is, she discovers that her husband is having an affair with a younger woman who is, as he puts it, not taller, thinner, quieter, but "easier".

The book doesn't devolve into a woman grieving the loss of her husband, though. She fights back, and he is persuadable. They move to the country and try to get back on track...but this book is really not very focused on plot. It is focused on style, on language, on emotion. For example, the beginning of Chapter 29:

Enough already with the terrible hunted eyes of the married people. Did everyone always look this way but she is just now seeing it?

Case in point: the wife runs into C at a party, a brilliant woman married to a brilliant man. She has just had a show at a major gallery. Her husband is in the MoMA permanent collection. Brilliant, brilliant. But C does not talk to the wife about brilliant things. She talks about her dissembling contractor, about spa treatments, about waiting lists for private kindergarten. Later the husband asks, "Oh, you saw C, how was she?" "She was radiating rage," says the wife.

If only they were French, the wife thinks. This would all feel different. But no, feel isn't the word exactly. What is it that grad students say?
Signify. It would all signify differently.

General notes: if the wife becomes unwived, what should she be called? Will the story have to be rewritten? There is a time between being a wife and being a divorcée, but no good word for it. Maybe say what a politician might say. Stateless person. Yes, stateless.

Either way it's going to be terrible for a long time, the shrink says.


I found this story harrowing but also really rewarding. The stylistic flourishes were very well done, if you are in the mood for a more cerebral, slower paced read. I was also taken with the way that neither wife nor husband is wholly blameless, but neither are they made out to be horrible or villainous. They are just complicated people, facing a difficult life moment. The book wasn't what I'd expected, but I still enjoyed it.

I admit, the (beautiful) cover design, and the blurb description starting with the phrase "the wife once exchanged love letters with her husband postmarked Dept. of Speculation, their code name for all the uncertainty that inheres in life and in the strangely fluid confines of a long relationship" somehow made me think that this was an epistolary novel. It is not. There are a couple of references to these letters in the story, but it is not told in letter form at all.

One of the blurbers on the back cover states this book "resembles no book I've read before". Hmm. Maybe he should expand his reading choices, as this story immediately brought to mind at least two other novels I've read fairly recently, Catherine Wiebe's Second Rising and Alayna Munce's When I Was Young & In My Prime. While these two Canadian novels both deal with loss in the sense of grandparents dying, they resemble this book in their style -- the small chunks of text, breaking from one point to another, revealing the scattered yet obsessive nature of moving through a dramatic and emotional situation. Perhaps Offill was just channelling a Canadian sensibility here without knowing it ;)

If you can take a disjointed tale about a potential un-joining of two spouses, you may find this one is just right for you. I'd say that a reader has to be interested in the interplay of language and content to appreciate this fully, but it is well worth delving into.
Posted by Melwyk at 4/12/2014 09:17:00 pm