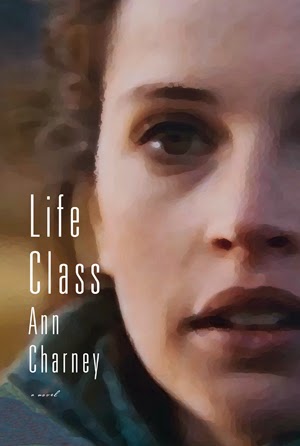 This brief novel is a complex tale which travels from Venice, to New York, to Montreal, with a Croatian refugee as the primary character. Even in the sparse details, the international settings are clear and vital.

It opens with Helena, a Canadian and unofficial diplomat in Venice; she's connected with artists and is also soft-hearted, trying to help various refugees make a go of life. She has just discovered Nerina, a young woman with great potential, and is going to find her a position with opportunities to make it to America, Nerina's true dream.

Of course, things don't go as smoothly as all that, but Nerina does make to American eventually, and Helena does move in and out of the story. But the core and heart of the book is Nerina. She strives mightily to better herself, improving her English, increasing her knowledge of art, hustling to make connections. She discovers that she has a natural affinity with the art world, as well as numerous artists, though there is just one who gets through her defenses.

Once in America, she works in New York and upstate for a while, but eventually makes her way to Montreal. That was my own favourite part of the story, as I could follow along with her as she walked the streets, recalling the turns and the storefronts -- that's one of the pleasures of a story set in place you know. But besides my own connections, this was an engaging and wide-ranging story of determination and survival. Nerina was a strong, practical character; she wasn't always sweet or grateful for charity, which I found realistic, but she also watched everything and observed the niceties of how to survive in her chosen world. She takes things as they come and tries to make the best of whatever circumstances she finds herself in the midst of. There are two quotes that seem to capture Nerina's view of her life:


But she can't really see what has just taken place as anything more than a fortuitous sequence of events. The haphazard way things happen in life -- anybody's life -- may be a source of wonder, but it's no reason to bring in the heavy hand of fate.

And yet, through all of it, life goes on, ordinary and mysterious, revealing the future in random slivers -- odd jigsaw pieces with no discernible pattern -- as if the human eye were only capable of taking in the unknown one image at a time.

It was a quick read, full of tidbits about art and perception, and with generous spirited characters who were quite appealing. It was lovely to imagine that Nerina was going to succeed with her plans, and the last pages of the novel set up a potential future for her that seemed likely given her chutzpah throughout the book. I enjoyed this one, with its quiet sense of forward movement, and a cosmopolitan feel in the action of the story.
Posted by Melwyk at 4/15/2014 09:30:00 am