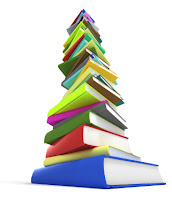 It's been a while since I have sat down long enough to blog about all the reading I'm doing! Or about anything else at all, really. I've been reading quite a bit, and yet not posting much about any of it. I'll have to catch up with some of the titles that were intriguing enough to share.

To begin: my Canadian Book Challenge goal for this year was to review every Canadian book I read, and I am woefully behind on that project. But, I will get back into it with this book -- I can't recall who first mentioned it to me but I thought it sounded intriguing.
(you can read an excerpt at the publisher's site)

Etienne Morneau is an orphan. He was born in Quebec in 1932 and sent to Toronto when his orphanage was relocated. This has given him a double sense of isolation: a man without a family, without a culture. We meet him through the pages of his journal, describing his upbringing, his living circumstances an adult, and his view of his job as a bank teller, and of other people he comes across in his daily round. He always holds himself at a distance, so his writing is made up of observation more so than engagement with his environment.

We see that Etienne is a creature of habit, that he is gifted numerically and that he has set ways and times of doing things. His journals are presented by subject, in alphabetical order, as a way for him to organize and contain his stories. This choice gives the narrative a bit of a disjointed and at times repetitive nature -- dates and references to people and events are a bit jumbled, which can be just a little confusing. I found myself turning back and forth a few times to ascertain dates and figure out what happened when, what was the cause and what the effect, essentially. However, in general it seemed to work, and was certainly a reflection of Etienne's character, that of a precise, eccentric and quite reserved individual.

Near the end of the story, Etienne discovers art, and in his sudden passion for drawing he finds the joy and passion that had been lacking in his life. It's a passion that overcomes him, expands his vision, and that ends up being the reason for the interest in his life by his "biographer" who has putatively put together this edition of his journals. This framing device was necessary to really comprehend the conclusion of the book, and though I'm not always a fan of such devices, it fit into the narrative as a natural element in this case.

I found the read interesting -- but, as Etienne had no powerful emotional ties to the world he is describing, so neither did I to his story. It was sharp, evocative of his era, full of small detail that coloured his life story, and I did read it with appreciation. But this wasn't one that I loved. I didn't feel a sense of growth in the story or his character until it was too late, and that perhaps comes from the style, or the foregone conclusion that came as expected. I liked it but am not likely to reread.