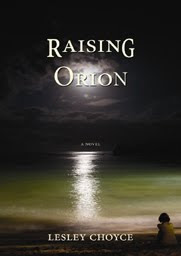 I've read quite a few of Choyce's books and generally enjoy his narrative approach and especially his characters. Set mostly in Halifax, this particular book drew my attention, seeing as how it featured a woman running a used bookshop that becomes a neighbourhood gathering place for people as diverse as a retired high school principal, a former history professor going through mid-life crisis, and heavy rock band made up of vegetarian teenage boys. Plus there is a thread of the story tying in the Titanic disaster. It ranges from Baffin Island to Ottawa to Halifax.

It was a good read -- a good choice to begin 24 hours of reading in the weekend's Readathon. I didn't love this book as much as some of his others (ie: The Republic of Nothing). But I found the characters once again the heart of the book.

Molly owns the bookstore, and is a naif -- a woman who grew up isolated on an island where her parents were lighthousekeepers. She doesn't seem to have grown up into adulthood in the way that most people have; she is a bit of a free spirit, a bit odd in some ways. Into her life comes Eric, the professor from Ottawa who has nearly died on a trip to Baffin Island and decided to change his life by flitting off to live in Halifax. He decides this on the spur of the moment and just locks his front door in Ottawa and flies to Halifax carrying only a plastic bag full of books. The bookshop also attracts a wealthy, elderly British woman who is tracking down the woman who pulled her dead son from the sea decades ago -- which of course turns out to be Molly. While she is in Halifax this woman also becomes absorbed in researching the Titanic disaster, which of course Halifax played a large role in, being the recipient of many of the dead.

All of these characters come together once Molly is in trouble with the law. This, I felt, was a weak element. Molly develops a strong relationship with a 14 yr old boy undergoing cancer treatment. He is the nephew of a friend of hers, and she begins to visit him where of course they develop an uncanny, strong relationship and he sees Molly as the 14 yr old that she once was. Also, it begins to get a bit fantastical as Molly can travel with him in his dreams and take him to the island she grew up on; this is in addition to the fact that she can save lives remotely -- people and animal -- through the power of her mind and intention. She doesn't succeed in saving this young boy, but makes his last weeks much more bearable. The key moment, the one that sends her to jail briefly, is when she is found in his hospital bed, naked. She isn't sure how that happened, and neither is the reader. Not to mention, this reader feels no sympathy or compassion for this event; it is simply weird and yes, if I was his mother I would have also been completely creeped out and had her removed by police. Nevertheless, despite this extremely bizarre occurence, Molly is sidelined briefly and then everything goes back to normal for everyone. I felt that the whole storyline involving Todd was weak and the least interesting of any, despite it taking up much of the book.

So, my main difficulty with this was Molly herself. I loved the description of her childhood, and her strange powers seem to fit in that wild and lonely setting. Once she's a bookstore owner and a grown woman with a weird relationship with a young boy they just seem delusional. I enjoyed the side characters and their lives, which were not developed nearly enough for my liking. Molly's childhood and the description of the wild nature of her island was wonderful -- it was all that was needed to make Molly into a fascinating character; the modern day part of the story could have been excised with no loss, in my mind. I also really appreciated the humour in the random appearances of Dumpster Teeth, the heavy rock band that is amusingly made up of three teenage boys who are vegetarians and social activists fond of sharing hummus.

So, lots to enjoy in this book, but ultimately not one of his best.