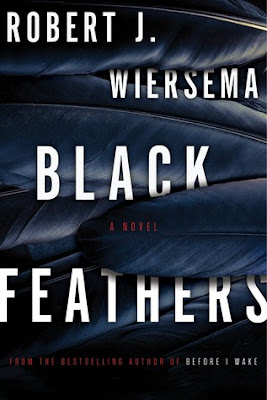 I don't usually read anything labelled, in any way, as 'horror'. I really don't like graphic gore or violence; I'm okay with spookiness and psychological suspense, but the violence is a turn-off for me.

I saw this book in the library, though, noted as a new horror novel, and since it's RIP time I thought I'd give it a try. Thankfully, the graphic horror of it is subdued. In fact, many 'real' horror readers probably wouldn't consider it very horrible at all. But it was plenty so for me!

Cassie Weathers, 16, has run away from home and is living on the streets in Victoria, BC. It's getting colder, and she's having a hard time adjusting. Part of it is the uncertainty and fear of being on the street; part of it is that she's not sure anymore what is reality and what is a dream. She's experienced a lot of fear in her apparently comfortable suburban childhood -- waking dreams with dark figures in her bedroom, memories of possible abuse, possible murder -- she's run from everyone she cares about, as these dreams seem to have real life repercussions.

On the streets, she meets another girl, Skylark, who helps her survive. They are pulled into a community of sorts, led by the charismatic Brother Paul. Meanwhile, there are violent murders occurring among the sex workers of Victoria. There seems to be a serial killer at work. Not only that, we are given moments of The Darkness which stalks Cassie. The reader is not overly surprised when Skylark becomes the next target...

It's very quick paced and dramatic -- at times too much so, turning a bit predictable and over-the-top. Anyone who reads this kind of thriller will know who the Evil Villain really is, fairly quickly. But if you don't mind the way the plot follows the obvious, you might still enjoy Cassie's story. She's an interesting character, even with the many themes and topics all wrapped up in her story -- homelessness, psychosis, runaways, sexual violence, sexual identity, and so forth.

There are some unique ideas in this one, though, along with the tropes that one might expect of a semi-supernatural thriller. I'd have been more fascinated with more of the crows and the Darkness, and a little less of the gory serial killer bits -- I'm not a big fan of violence against women in books like this, as I feel it normalizes it in some way. I feel the same about tv shows in which the vast majority of crimes are against female victims.

Anyhow, this was a very suitable RIP read, and as horror novels go, I found it a fairly interesting read. I realized after I finished it that I'd read another of his books, A World More Full of Weeping (a novella) in 2010 as part of the Once Upon a Time Challenge. My thoughts on both books are surprisingly similar, especially since I hadn't connected them until after I'd done with this title. Likable reads, but not things I personally find too lovable.

I don't have any further reading suggestions for this novel; I will leave that to you -- does anyone have another similar kind of horror novel that you could recommend for someone who has a low gore tolerance & a preference for very little graphic violence?