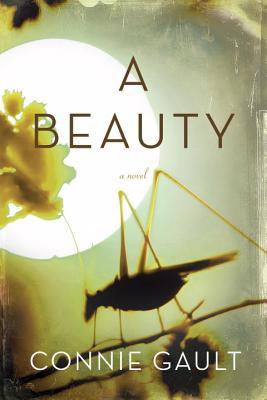 This novel immediately appealed to me; set on the Canadian prairies, centred on one woman's journey, a bit of eccentricity and some unexpected occurrences -- sounds like my kind of story!

And it was good. Gault tells a story of Depression-era Saskatchewan that manages to be light and entertaining and quirky even while also being serious, exploring loneliness and sadness.

Elena Huhtela is a Finnish girl, living with her father in Trevna, a small village in the south of Saskatchewan which is primarily Swedish. Now, to those of us on the outside, the distinction might seem minor, but it matters to those who live there. Elena is also motherless, and as the story begins her father has disappeared as well. It's assumed that the pressure of the drought has got to him, and the pity people feel for Elena increases.

Elena, though, doesn't want pity. She wants escape. So at the next community dance, when a city stranger appears, she takes advantage of the situation and skips town with him. The story then ranges through many towns, hotels, and grain fields as Elena finds ways to survive and to decide how to get where she wants to go. While she does so, she touches and influences many other lives, even if she is unaware of her role. There is a particularly strong connection between Elena and a young girl named Ruth, who picks up the story later on, once Elena has mostly vanished from its pages.

This book strongly reminds me of Dianne Warren's Cool Water -- a tale of intertwining prairie lives, told with a long view. But it's a different kind of prairie novel, focusing on Swedish and Finnish immigrants. While Elena is the "beauty" of the title, the girl who is envied because of her ability to get away, she's also a cipher to those she grew up among. And she remains pretty inscrutable even to the reader -- she makes no effort to explain her actions or give any reason for her longings. The ending of the novel is touch unsatisfactory because, even as we meet up with an older Elena, there is no big resolution with Elena spilling all her secrets. She remains as she always was, silent and self-contained. While this can be a bit frustrating when you just want to know what drove her to do the things she had done, it is also very, very realistic, reminding me of other older prairie women I have known. They just don't chatter or share their inner lives with anyone.

Anyhow, a long review which can be encapsulated by saying -- great characters, wonderful writing, and a memorable hot and dry Saskatchewan setting. I liked it. This Globe & Mail review seems to share the same view of the novel as I do, and in much better depth too.

Cool Water by Dianne Warren, as I've mentioned, is another Saskatchewan novel that circles around itself and reveals glimpses of the inner lives of a wide cast of characters based in Juliet, Saskatchewan. It is told in the same kind of lovely, descriptive prose too. And it's one of my own favourite books.

In some ways I was also reminded of Marina Endicott's The Little Shadows -- while it's about 3 sisters in vaudeville, it is also focused on a prairie setting, and women escaping some of the expectations on them in a pre-WWI timeframe. It looks at a number of characters, with stories intermingling, in the same poetic style.