The Young and The Crossed-In-Love 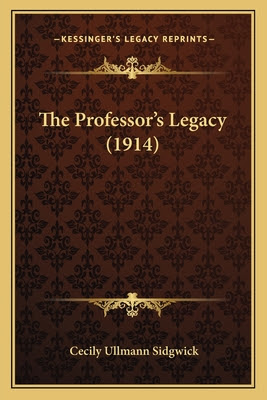 Now here's one that should never have been reprinted, even by a nefarious reprint house like the one pictured here. Oh my goodness, it is so dated and ridiculous! Not all vintage fiction is worth revisiting, as this title proves.

Basic plot: old widowed professor, young daughter whom he both controls and neglects, a research assistant in his 20s who meets young daughter when she is 7 YEARS OLD, professor eventually dies, young new professor returns and doomed love doesn't seem quite so doomed after all.

Full of clichéd characters (including the wicked stepmother trope, who is this case is actually the wicked aunt), ridiculously melodramatic events, and a creepy love story. Plus lots of clunky stereotypes of national characteristics -- the first Professor is German, while the young one is English. It's of its time, I suppose, and was entertaining when read as a dated melodrama, but honestly there aren't many redeeming factors for this one. At least not for me. However, I do clearly recall the dress that young Rosamond wore when she sneaked out to a dance with said aunt... 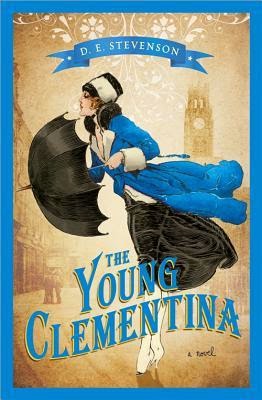 One of Stevenson's weaker entries into her oeuvre, The Young Clementina really reads like a classic Harlequin (great new cover, though!)

Charlotte Dean is a middle-aged lady working at a travel bookshop in London. Her days are quiet and routine, for the most part. But life changes when her sister bolts, and leaves her husband Garth (Charlotte's youthful paramour) and their child Clementina high and dry. Since Garth is a travel writer and explorer himself, he is just about to leave the country and needs someone to look after his mousy and downtrodden little girl. Charlotte to the rescue!

Charlotte spends a year caring for Clementina, building relationships with her and with the servants, learning to love life again, even after Garth is discovered to have died on his expedition. She explores who she was as a young woman and where her early relationship with Garth went wrong...but this is where this otherwise charming novel went off the rails for me. The sheer implausibility of events which caused Garth to quickly marry Charlotte's sister, and caused their resultant estrangement, was so immense I couldn't buy into it at all. I was rolling my eyes and thinking  that authorial intervention for plot requirement had gone out of control. Oh well, if you like a generally pleasing novel with lots of English charm, this one may do the trick. Just don't expect it to be totally believable.

I much enjoyed Stevenson's other work republished by Sourcebooks, especially Miss Buncle's Book & its follow-ups. If you haven't yet tried any yet, do take a look, they are generally delightful.