I Was There the Night He Died 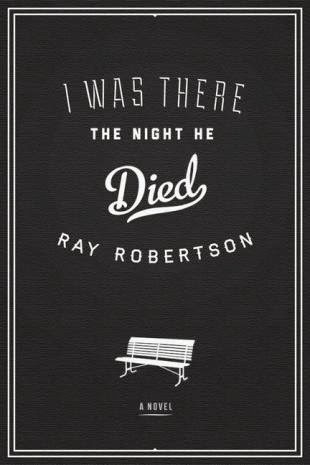 I'll start back into my streak of reviewing with an unexpected pleasure: this is a book I didn't think I'd really like, but ended up enjoying a lot.

It's about Sam Samson, a middle-aged man going through a life crisis -- he's a widower, his father has Alzheimer's, and he's back in his dumpy hometown of Chatham, Ontario to try to deal with his father's house and belongings. He's a music critic and a writer, and he is currently trying to process his experiences by writing a novel about the last days of various musicians, entitled (of course) I Was There the Night He Died.

In his loneliness and grief, he takes to smoking a bit of pot in the park next door under cover of darkness. And is greatly surprised by the presence of a teenage girl also named Sam, already in the park and already smoking her own joint, who becomes an important figure in the story.

None of these factors made this seem like a must-read for me, but it was strongly recommended so I gave it a try. The first attempt lasted only a page or two before I put it down, but fortunately a few days later I was relaxing outside and picked it up again. And this time I didn't put it down until I'd finished. It is a great book -- serious, sad, and yet really funny too. Our narrator Sam has a great sense of the ironic and deflates his own seriousness constantly, with pointed observations about his past in this small town, many of which are at his own expense.

Sam and his wife, who died 17 months ago, had a deeply satisfying relationship, focusing on themselves as a unit; they had no children and spent their time reading and thinking and being together. Part of Sam's grief is tied to the loss of that dual self-sufficiency; he has no close friends now, as he hadn't needed any during his 20 years with his wife. I found this relationship, and Sam's reaction to his loss, to be very moving without being mawkish in the least. It's honest and raw and heart-wrenching.

But there is also a full complement of characters outside of Sam's own interior focus, and these characters are complex and wonderfully drawn. Samantha, the teenage neighbour, is tough and disaffected, and makes her own path in the end. Sam's Uncle Donny, his only remaining relative, is a man so realistic that I felt I'd run into him before. There are also the high school friends that never left town, who Sam is drawn into reconnecting with as he stays in Chatham longer than he'd planned. His journey through loss and relationship is clearly told, with an openness that reflects the back-and-forth of real life. The narrative voice has a strong energy that moves the story along quickly.

I liked that there was a sense of change in the story; at the end of the book Sam has a vision of the future -- he seems to have reached a crisis point in which he will be able to carry on with life despite his losses. There is a hopefulness to the conclusion that ties together the rest of the book for me, and in succeeding in his telling of this story that is complex, sad, funny, bleak, and hopeful all in one, Robertson has converted me into a fan. I'll be checking out his other work now.
Posted by Melwyk at 5/23/2014 05:09:00 pm