Here is the first of a projected occasional series called Cover Designs!

I've noticed a lot of book jackets in the last while featuring a woman in a dress, which is pretty much the main focus of the cover image. And usually she's facing away from the reader, but that's another whole issue for another day.

The point being that recently I've been focusing much more on sewing -- I used to sew clothing quite a lot, but this has dropped off over the last few years. Now I've got my sewing mojo back and thus have been looking at this rash of cover designs more closely, seeing as how I've also been poring over pattern catalogues and sewing websites a lot lately (my husband might say "obsessively").

I'll try to match up a cover design with possible patterns & sometimes fabrics that I think would work together to make a great knock-off of the cover dress. I'll start with Jennifer Close's "The Smart One", which, while I haven't yet read it, has made my TBR list, mostly because this cover caught my eye when I first saw it!


Here is the pattern I would choose to create a knockoff version of this dress, a Vogue design (always reliable).


I'd call it the Smart One dress, and flaunt some jewelry like this that picks up on the orangey blobs in the original, because of course I'd be smart enough to make it from the same fabric. And I'd probably wear shoes too. 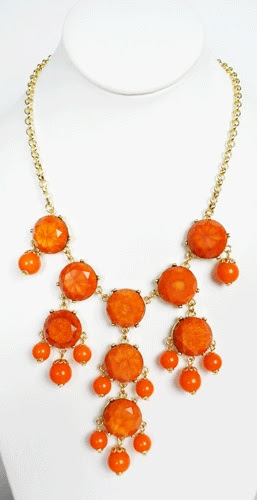