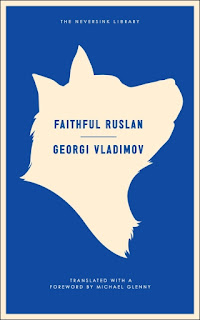 I love this new series (The Neversink Library) put out by Melville House. The name of the series comes from a quote from a Melville book which I copied out into my own commonplace book many years ago now, because I found it so perfect. It reads:

I was by no means the only reader of books on board the Neversink. Several other sailors were diligent readers, though their studies did not lie in the way of belles-lettres. Their favourite authors were such as you may find at the
book- stalls around Fulton Market; they were slightly physiological in their nature. My book experiences on board of the frigate proved an example of a fact which every book-lover must have experienced before me, namely, that though public libraries have an imposing air, and doubtless contain invaluable volumes, yet, somehow, the books that prove most agreeable, grateful, and companionable, are those we pick up by chance here and there; those which seem put into our hands by Providence; those which pretend to little, but abound in much.

This series has wonderful covers: solid coloured with some kind of silhouette relevant to the story. I love the simplicity and the power. I've read a few in the series so far and have enjoyed them; I'm grateful for Melville's intent, which is to republish novellas that have been overlooked, forgotten, underappreciated.

Now -- on to this specific title. Faithful Ruslan is about a dog: Ruslan, a guard dog at a Siberian prison camp. He is dutiful and faithful, almost to the point of fanaticism. One of the other dogs, the recognized leader, is more pragmatic and thinks Ruslan is taking things a bit too far in his devotion to The Masters.

We begin on the day that the camp is being disbanded and all the prisoners are released. The soldiers are supposed to kill all the dogs; Ruslan's master can't do it, however, and releases him outside the camp. Ruslan, and the other former camp dogs, end up in the nearest settlement, a place they know from the times they guarded the prisoners arriving via train as they marched to the camp. The dogs all find a place for themselves somehow. Ruslan finds a place to live, with a former prisoner, who thinks that Ruslan is now a kind of household pet. Ruslan knows better -- he is still faithfully guarding this prisoner until the time comes to return to the camps.

The story is told from Ruslan's perspective, and reveals the dog training methods that have made him into the perfect guard dog. From a human perspective we'd call it brainwashing. There are really no sympathetic humans in Ruslan's life, except for the original dog trainer at the camp who states that he comes from a long line of trainers. His methods are humane; the dogs love him. But when his favourite dog is killed, he goes mad, moving into the kennels and barking so that the dogs understand him -- he's preaching rebellion against the masters.

That was an emotional high of the book, along with the ending. I couldn't help tearing up at the end; it was violent, sad, full of regret and of pathos. It's a deceptively simple narrative style which reveals complex mental and social entanglements. It's at the same time the "Among the greatest animal stories ever written..." (richard adams) and an allegory for the dissolution of Soviet Russia. It reveals the manner in which those twisted by Stalin's regime -- animals and prisoners alike -- were simply left to do the best they could with no acknowledgement of their experiences.

It's a powerful read about loyalty, betrayal, and the darkness in human nature. If you want to read something about the Stalinist era, try this brief novella; it provides a larger impact than you might expect from such a brief tale.