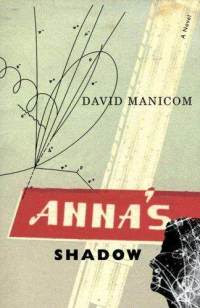 Moving from 2007 North America to 1990's Moscow, this story follows the life of Adrian Wells, minor Canadian diplomat. In the days after the breakdown of the Soviet Union, he meets particle physicist Anna Mikataev, who has figured out how to bend light. She's now the centre of interest for Soviets and NATO alike, and is being held in a small room in the basement of the Canadian Embassy in Moscow (or as they like to call it, she's "protected" by the Embassy).

Adrian has to interview her and record everything, and their relationship deepens as he spends countless hours listening to her. He discovers a link between Anna and a Russian businessman who lives in Montreal but has returned to Russia recently. And he finds out the dark secrets of Anna's past.

Anna is going stircrazy with being confined and convinces Adrian to help her secretly escape, long enough to confront her Russian businessman. Adrian's naivety allows him to assist her, and things -- of course -- go terribly wrong.

This is a brief plot summary of a thriller featuring Cold War diplomats and scientists -- but this book is so much more. It doesn't depend on fast movement or conspiracy to move the book along, rather it moves slowly, following the characters. It has a sense of tired, world-weary corruption and acknowledges the allowances governments and their organizations make for one another, over the interests of the individual.

The story includes love, betrayal, loss of innocence, questions of intellectual vs. commercial research, and of course, some physics. Anna is a prickly, stubborn, and marvellously individual character, who gets involved with things out of her usual reach -- and has her life altered irrevocably. Adrian's role changes him as well, and leads to the events of 2007... the arrival of CSIS agents at his country home near Ottawa, to question him about events in Moscow nearly 20 years before.

I enjoyed this book. The main characters were well drawn, and I found their moral struggles absolutely absorbing. The atmosphere is smoky and grey, whether in the basement of the dingy Embassy where Anna lives for months, or on the streets of a uncertain and demoralized Moscow. In the scenes with Anna in Siberia, at her research institute, the town comes to life through the descriptions of the public spaces -- two restaurants in particular stand out for their realistic menus and decor, which show the differences in social strata among the poor and the newly rich. Only at the beginning, as Adrian works outside at his Canadian home in 2007, is there a sense of sunshine and of life progressing naturally.

It's a slow moving story but well worth it for fans of Russian-set stories, or those who find diplomatic intrigue of interest. The only thing I would have liked to see added to it was a little more physics. Although Anna's research was considered to be dangerous because of its military applications, we didn't find out enough about it for my taste. But then I love to read about physics ;) I'm glad I discovered this story; I'm still thinking about Anna. Great character.

Véhicule Press began in 1973 on the premises of Véhicule Art Inc., one of Canada's first artist-run galleries. The large space occupied by both the gallery and the press at 61 Ste-Catherine St. West was once the Café Montmarte--the renowned jazz club of the 1930s. In spring 1981, Simon Dardick (who had joined the press during the summer, 1973) and Nancy Marrelli continued Véhicule Press from Roy Street East, not far from The Main (just around the corner from where the poet Emile Nelligan lived) in the Plateau area of Montreal. Since 1973 Véhicule Press has published award-winning poetry, fiction, essays, translations, and social history.