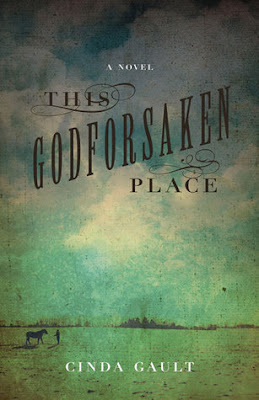 1885: Abigail Peacock lives with her schoolteacher father in Northern Ontario, with a constrained and dull routine, until she buys a rifle. She learns to shoot, which stands her in good stead when her father dies and she must leave town & head south, to the States, to fulfill a promise she made to the outlaw who taught her to shoot.  And to avoid being caught in a small life in a small town as a wife after her role as a daughter is ended.

Complicated? Yes, a bit. Especially as she is searching out Annie Oakley & Bill Cody. She does run across them, finally, in New York, and joins the Wild West Show. She's also befriended by a journalist who becomes a love interest.

But of course all does not go smoothly, and she must enlist Gabriel Dumont & his men to break her journalist lover out of prison, where he's been wrongfully sentenced. She's been following along with the newspaper stories of Louis Riel and the Riel Rebellion all along, so is ready to involve Dumont in this scheme.

While I found the story slow moving, with Abigail telling about events that she is reading about, rather than being a part of them, I could also get behind her preference for Gabriel Dumont, as I have also always found him the most interesting figure of the whole Riel story.

This book is heavily influenced by historical events and real people. I'm not usually a big fan of real people as fictional characters; this is always an iffy thing for me. Here, the main character is Abigail and most of the story comes through her, so taking real people and putting fictional words into their mouths wasn't as bothersome as it can be at times. But the strong non-fiction feel of the story may put some readers off.

I liked it; my degree was in history and this particular era is one I've read a lot about. The writing is well-done and reflective of the time period. But the second half of the novel wasn't as strong as the first. When we lose Abigail's rather cantankerous voice from the beginning and the story is diffused among Abigail, Annie Oakley, Bill Cody, and Gabriel Dumont, it also loses some of its propulsion. I read it to its conclusion, and thought it was an interesting take on this very unsettled historical period. But as a whole, I found it a bit measured and dry -- I'd have liked to be right in the action for more of the book, rather than hearing about it all from Abigail as she recounted newspaper stories.

Gil Adamson's The Outlander is another story of a woman alone in the wilderness at the turn of the last century, and is a little more suspenseful as well.
Posted by Melwyk at 2/09/2017 02:10:00 pm