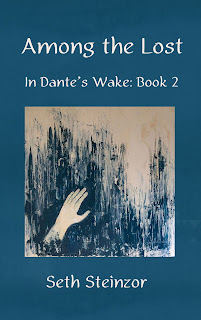 I was recently offered a chance to read this, via Poetic Book Tours. I quickly agreed, as I read Book One in this set of Dante-inspired poems, back in 2011 and was intrigued by what might be offered in this follow up. I'm glad I got the chance to shadow this poetic journey a little further!

This second volume carries on, from Book One's Inferno, to Book Two's Purgatory. In this case, purgatory is a not a jagged mountain but a cityscape. Dante still guides our narrator at the beginning of this book, as they fall from Hell and fling themselves into purgatory. As Dante says,

This is the City of Purgatory. Remember,
now it's your world, no longer mine.
You, who scrape the tops off mountains for coal,
who fill the valleys with garbage, who scrape the

meadows level for parking, who fill the marshes with
concrete and pylons, who build and tear down,
who level the high places and raise the low, have
flattened Purgatory. Now the
eminence that was lit when your lives were dark
is worn away, by you! And you
have grown your city upon and with its rubble.


The flavour of the story goes on much like this. The structure comprises 33 Cantos, following the narrator, also named Seth, as he pursues his track through Purgatory, still in search of Victoria (who impelled him to begin his search originally).

In this volume, once Dante situates him in his surroundings -- after landing in a hospital room with a woman giving birth, initially -- Seth is left to his own devices to wander and try to determine where he should be heading. His only instruction is to meet Dante at the Presidential Library at sundown.

Seth begins a trek with many asides and many distractions, almost giving up. He meets many different kinds of people, encounters protestors, homeless men, young skateboarders, union men, famous celebrities, and more. Each has some kind of lesson to impart, even if unknowingly. Finally he arrives at what he thinks he is seeking. But of course, it is not what he's expecting. The range of characters and manners of speech that Steinzor includes in this book is what made it most compelling for me; I kept reading to discover who in the world (who in Purgatory?) Seth would enounter next.

I found this volume a little less satisfying than the first, probably partly because I'm much less familiar with the Purgatorio than with the Inferno, and because there were, again, many references to American politicians/current events that I just don't get the nuances of, despite knowing about them in a broader sense.

But the narrative style was still very enjoyable, with some of the writing really standing out for me. I was especially fond of this passage from the closing pages (which sets up the final volume to come quite nicely)


If you're interested in modern poetry responding to the classics, from the vantage point of our current socioeconomic and political situation, this might just be the series for you. 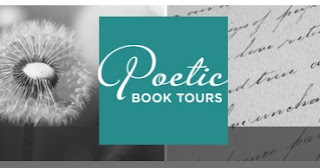 Thank you to Poetic Book Tours & Seth Steinzor for the copy of Among the Lost & the chance to participate in this book tour.