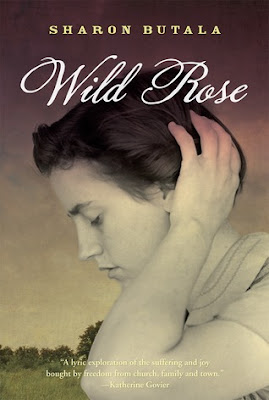 Looking for a slow-paced, character-driven story of a Quebec woman who moves to Saskatchewan back in the wilder 1880s, and survives a number of devastating reversals to become a powerful woman in her own right? Feeling in the mood for a literary, descriptive style as well? You've found your book.

Sophie Hippolyte grows up in Quebec with her stern grandparents, and rebels by marrying Pierre, a lower-class neighbour who her grandparents disapprove of. To make something of themselves as a young couple, they decide to go west and homestead. Pierre discovers that he is not made of stern enough stuff to thrive as a westerner; Sophie, however, is.

Starting from her childhood and moving into her own life as a mother, the story shows Sophie's resilience and determination to survive, in any way necessary. The power of her character drives the book. Butala is also well known for her ability to viscerally evoke the landscapes of southern Saskatchewan in particular, and this is a strong element of the novel. The descriptive passages are strong in detail, allowing the reader to almost smell the dust and heat, or the bone-deep cold of a drafty shack in the midst of winter.

Sophie's character development, from young girl to mature, determined woman, is the point of the story. However, I did find at times that this was quite slow-moving, and had to just keep reading to get back into the narrative. I was also slightly disappointed by the ending, which seemed a bit deus ex machina, like a modern-day lottery win allowing Sophie to shake the dust of this small town from her feet.

But I did enjoy the book. It was a story I haven't seen that often in CanLit, at least not recently -- the movement of Quebec settlers to the West, creating a French community in Saskatchewan in this case -- a community which still thrives. If you like historical novels that deal with the interior lives of characters, do try this one.

Ivan Doig's The Whistling Season also evokes the West (this time 1900's Montana) and focuses on both character and landscape as key elements of the book. A strong woman makes her own way forward in this novel as well.

Another book set in the same general area of Saskatchewan, though set 50 years after this one (but Sophie could still be living nearby!) is Connie Gault's A Beauty. It focuses on the way that one young woman, also a newcomer to the province, takes action to change her life, and affects those around her as she does so. The literary style and through-line of one woman's life are similar to Wild Rose, though the pace is a bit quicker.