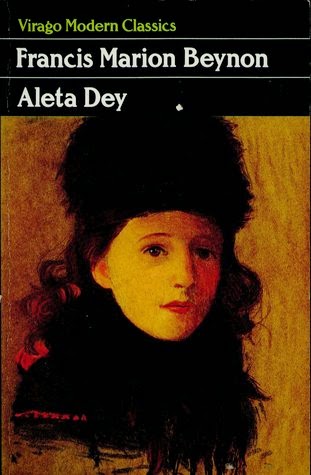 I've finally read this piece of classic Canadiana, and am amazed by how current it feels, in some ways at least.

I like the slower pace of older novels, and decided to take a break from the glut of new and forthcoming books that I've been gorging on to read something close to a century old.

Aleta Day is a journalist, and a woman who has the courage of her convictions. She's a suffragette and a socialist, and works to support herself. She has an equal with whom there seems to be a one-sided affection (on his part) but poor Aleta gets knocked sideways by her attraction to another journalist, McNair, a large, blustery traditionalist with a young son. She has to reconcile her beliefs with her strong love for him and his son. It adds a strength to the story and to her character; she doesn't simply capitulate weakly like other heroines of the era in the face of sex appeal (I'm thinking of you, Verena Tarrant) Instead, she struggles with how to compromise and allow both strong feelings to co-exist. She doesn't give up herself for him.

Now unfortunately, the era and the thrust of the story don't seem to allow for a happy ending, but Aleta tries. She stays true to herself despite any barriers thrown up in her path. And she is a straight-talking, no-nonsense, determined woman who is also at the same time a woman who has the capacity for deep friendship, love, and nuturing.

And she doesn't put up with McNair's nonsense - when he starts drinking, she ticks him off about it and lays down her boundaries clearly. She knows what she will and won't accept. I just wish the author could have seen her way to creating a setting in which Aleta is allowed the compromise, is allowed to live happily ever after as a strong and independent woman. And I wish that for heroines created today as well. This novel, from 1919, speaks strongly to the same concerns that many of us have today: women's roles in business and journalism, gender-based social expectations and prejudices, and personal power in the face of men who suck up all the oxygen in the room. It's surprising to see both the changes and the lack of change side by side in Aleta's era and our own.

This book was a fascinating, solid read, but as another reviewer said, it's just on this side of greatness. It could have been much more, but I am still so glad I read it just as it is.

Finishing off with some great quotes from this novel:


"For one person to act as the proprietor of another is a crime. It is a local expression of all the intolerable tyranny in the world."

"There is no cause but a bad one which thrives on the suppression of argument."

"As I see it, tyranny wears many wigs, but he has only one complexion."

"I know that there is no more unprofitable occupation than assigning motives for other people's conduct. Each one of us has one great task sufficient to absorb all our energies if we performed it creditably, which is to bring the average of our conduct up so that our own best moments may not be used against us as an evidence of hypocrisy."