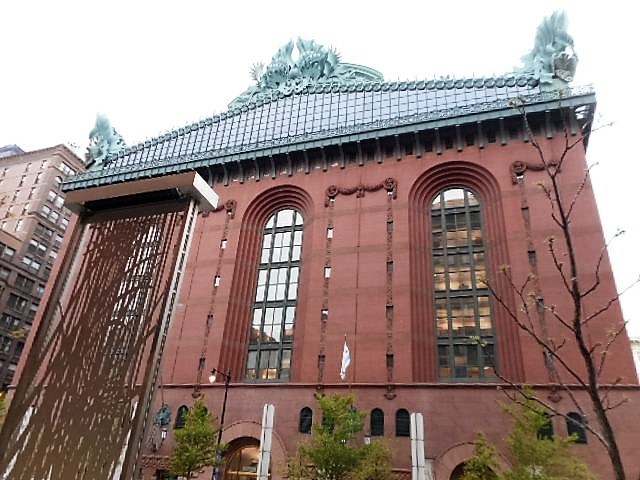 I was in Chicago last week -- not for BEA, sadly, but for another exciting event that I greatly enjoyed -- but of course I had to take time to head to the closest library for a little busman's holiday. 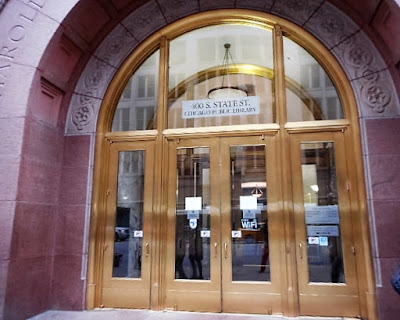 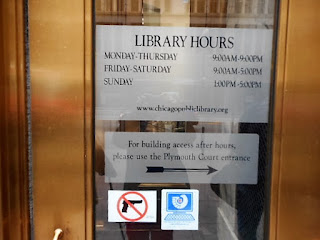 The closest library happened to be the glorious Harold Washington Library, newly built in 1991 but looking as if it has always been there. In fact, one of the employees told us, when we asked about what refurbishments had been done, "It was built from the ground up, Ma'am" - and went on to explain that the library sat on what had been a parking lot. This was a security guard who was so enthused about his library that he told us who the architect was, where they got the inspiration for the design, and the sources of many of the materials (from other buildings nearby). It was great! 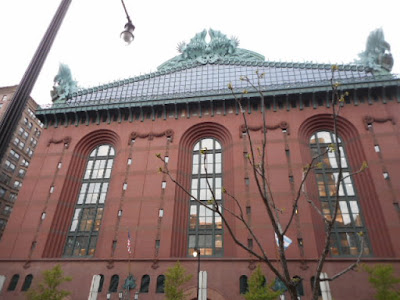 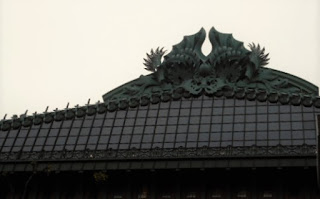 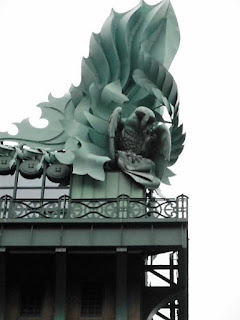 The library was gorgeous, with many elements from the past incorporated to give it a solid presence. It fits right in with all of the other fascinating architecture in the South Loop. And yet it also stands out, with great presence. 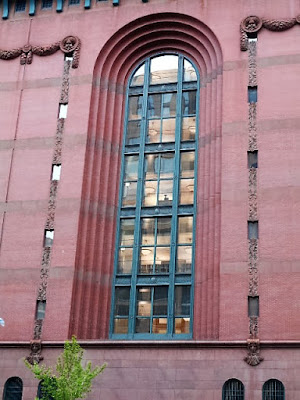 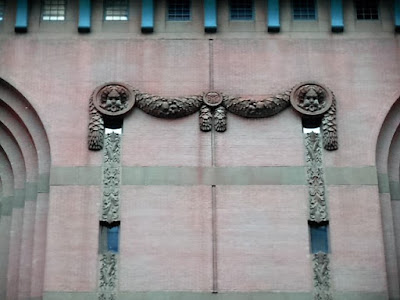 As a librarian, I was fascinated by the 'popular library' on the main floor, a section to just pop in and grab the latest and hottest titles. The periodicals and public computers were on the 3rd floor, and I made use of the computers - interesting being on the other side of the counter for a change. 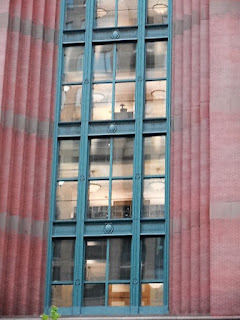 There was a stunning art piece in the stairwell of the 3rd floor, a Vietnam war memorial consisting of dog tags with the names of every person who had died there. The person I was with took the time to read the installation info while I was on the computer, so we found out that this was the only monument in the US besides the Vietnam War Memorial in Washington to include all those names. It was an affecting artwork. 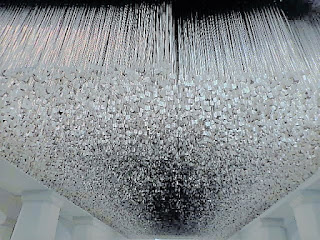 In fact, there is a lot of art in the library, and even incorporated into the building itself. There were some displays of art journals and of  "tiny houses" which I thought were lovely. 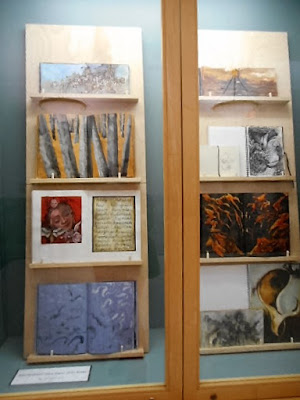 We went up the the atrium on the 10th floor, which is gorgeous. It was being set up for a special event, and we were told that between May and November there are special events constantly, whether library events or rentals for weddings and such. What a beautiful space it would be to hold an event! 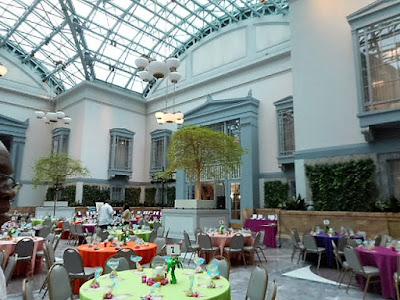 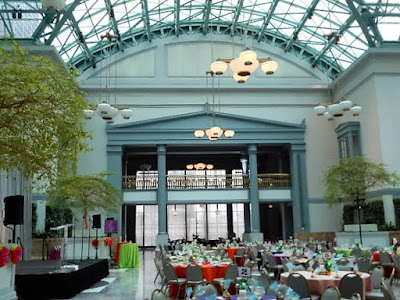 I chatted a little with some of the staff about library procedures and their still present card catalogue in the arts section - it is mainly used as a display space now :) I also peeked it to their MakerLab but didn't take any photos as there were people using it - it was not a huge space but looked like there
was a lot going on. 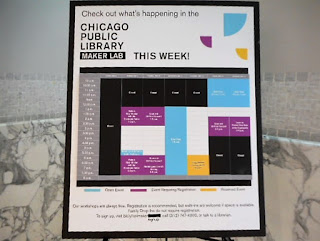 I enjoyed visiting this library, and found all the staff friendly and forthcoming in reply to my questions. I'm glad it was near to my hotel and I had the chance to drop in. Other libraries are always so interesting. 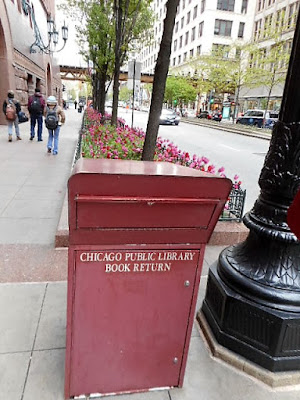 This one was extra special because of the stunning building itself. I couldn't stop looking around at everything - it's very impressive. I'll leave you with some of the amazing historically influenced details. 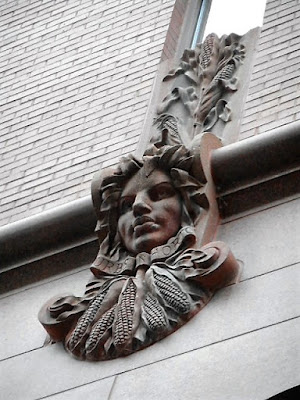 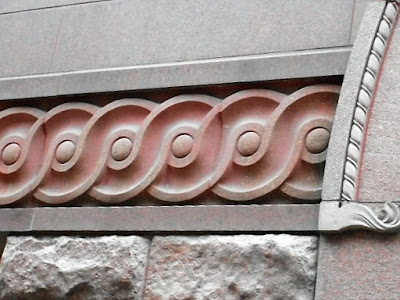 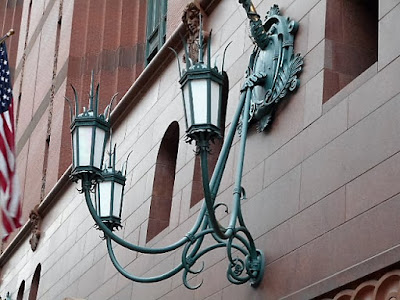 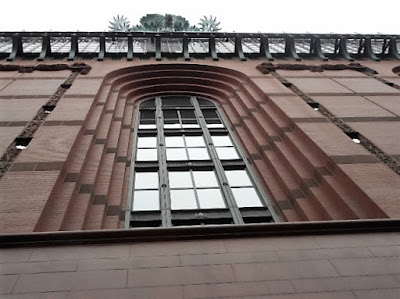 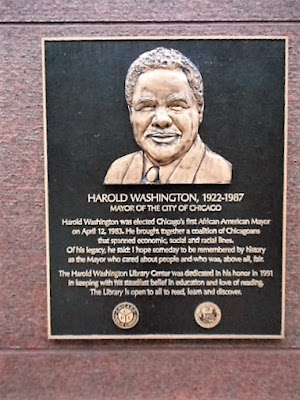