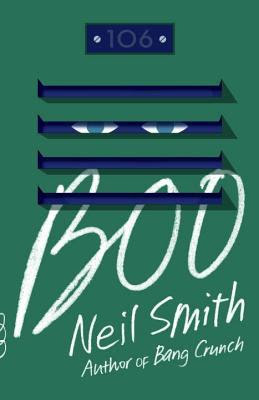 It’s 1979, and school is not going so great for Oliver “Boo” Dalrymple – nicknamed for his pale countenance and fly-away hair. In fact, as the story begins, he blacks out right in front of his locker.

And then he wakes up in heaven, assuming that his congenital heart defect has finally done him in. It’s an unexpected heaven, in which all of the residents are 13 year old Americans, although Oliver discovers that while everyone looks 13, some of them have been there for much longer than a year. His new world is full of weirdly specific rules that he must decipher, even as he begins to make friends – just one more difference from his past life. One of these friends is another recent arrival, Johnny, someone Oliver knew in his schooldays.

But what he finds out from Johnny is that they were both murdered…and their killer just may be in heaven with them.

This sets off a journey of discovery, with Oliver, Johnny and their friends trying to figure out what actually happened to them back at school. It also instigates a lot of soul-searching about justice and what the right punishment is for their killer, if they ever find him.

The story is complex, with a diverse cast of characters who all ‘come of age’ through their experiences despite being stuck at the age of 13. The power of friendship and trust is a strong thread that weaves each of these lives together. Smith creates engaging characters with a wide-ranging variety of personalities and characteristics, and each has something new to add to the story.

Written in the form of a letter to Boo’s parents, whom he is desperate to reassure of his continued well-being, this book is a touching portrayal of a young man struggling to find the meaning of his afterlife. It is highly imaginative, thoughtful, and at times extremely funny. I haven’t come across such an original story in ages – if you’re looking for something unusual that can spark conversation about deep themes, while also being an entertaining, eventful read, give this one a try.

(this review first appeared in the Stratford Gazette, June 4, 2015)

Another novel that might appeal to readers who find Boo of interest is Cynthia Rylant's The Heavenly Village. It is also an attempt to explain the unknown, the stopping place between heaven and earth. It's short, heartfelt, and while aimed at younger readers, I think it works well for older teens and adults in its sensibility.

There have been many comparisons between this book and Lord of the Flies -- I guess the "survival without adults in a strange land" element may be similar, but I find the tone very, very different. Boo has a more inclusive set of characters and much more humour. Other comparisons have been made to The Lovely Bones; again, I think it's a very tenuous connection, residing simply in the concept of a book narrated from heaven by the main character (a teen character). The style of both books is quite different, and Boo is a tightly-written, fast-paced story that avoids many of the issues that readers found distracting in The Lovely Bones.