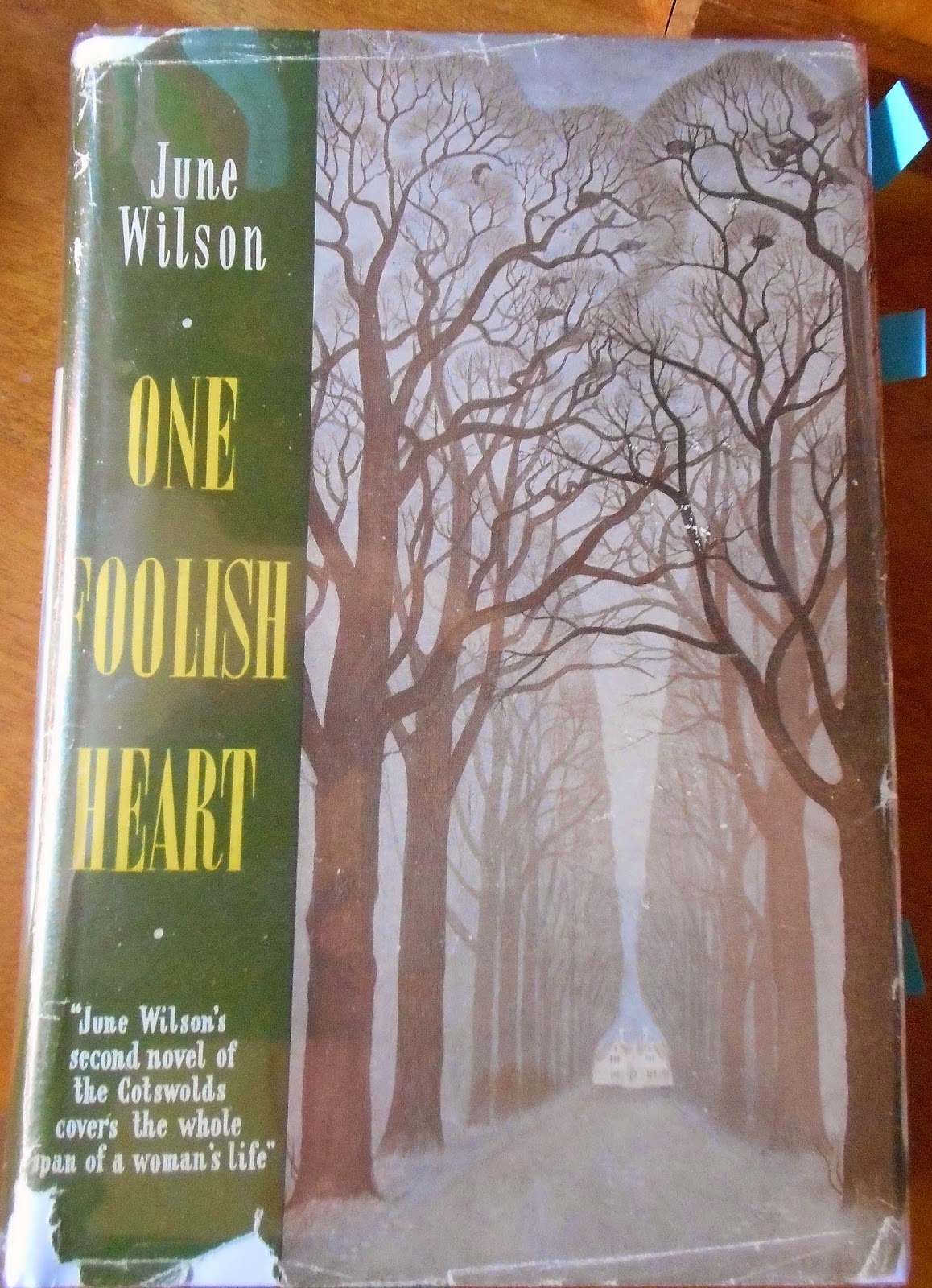 I've had this one on the shelf forever, so decided to read it for the Readathon this year; it's also part of my Century of Books challenge. I knew I wanted to read it both because it's midcentury -- somehow I find reading from the late 40's to the 60's very odd and intriguing -- and because it covers the whole of a woman's life. I like stories that follow one character from youth to old age; sometimes they are great, sometimes not so much, but I am always interested in how it's done.

Plus, here is the first line of this novel:

It was in the autumn of 1863 that Selina was born; to be more precise, it was October 15th at three o'clock in the afternoon.

Since I dipped into it pre-Readathon to check it out, and it happened to be October 15 when I did so, I knew it was a good choice!

Anyhow, on to the book. Selina Campion is born, her mother dies, and she's brought up by a loving father, and a nursemaid, the same one who'd brought up her mother and will eventually bring up Selina's children as well. They are an English country family, and when Selina is nearly six they visit her grandfather in his home, Monksfield. For Selina, it's love at first sight -- not for her cranky grandfather but for Monksfield. And when she's 9, her grandfather dies and her father inherits. Selina moves to Monksfield and never leaves it afterward.

In order to stay at Monksfield, the one true love of her life, she has to make some hard decisions, and give up other things that she may have wanted. But her decision, once made at age 17, is never altered. The book then carries us through the remainder of Selina's life -- her marriage, her children, her distance from world events, her decisions on how to maintain and pass on Monksfield, and so forth. The book is about Monksfield and its past (and future) as much as it is about Selina herself.

One thing that I liked about the narrative was how the narrator was omniscient, looking back at this story from a current perspective. A chapter would begin with a list of what was happening in the world, but then narrow in on the individual, Selina, who was unaware of the undercurrents of world events that are so obvious to the present-day reader. It might have become a hokey effect, but it actually turned out to be quite charming overall. Selina's not always a charming person herself, but she is real, and she is definitely of her time. Her husband Paul is not so great; he has a few moments in the book in which he is shown to be a man of his times as well -- telling Selina what she can and can not do, insisting that he is the one that makes the decisions in this family, etc. It fits with the story, both in the time period in which it is set, and in the date that it was written. But as a reader today, I was irritated by Paul. Other characters, however, despite their quirks, didn't annoy me so much.

It's a sweeping story, across 80 years of a woman's life. It looks like a small, constrained life -- Selina doesn't do very much in the world but she is passionately connected to Monksfield and lets that passion shape her life. Yet in that small life, how much emotion, how much concern (and how much needlework -- Selina seems to be picking up her embroidery every five minutes in this book!) To Selina though, it is just life. As the author has one of the characters think near the end of the book:

I suppose it's like that -- you can never get far enough outside your own life to see it as a story, something that is romantic or tragic or strange. It goes along with you all the time and you don't know the pattern of it any more than you know the sound of your own voice.

This was a gentle read, a fairly straightforward one, with some nice elements; a touch of social history, some engaging characters, a beautiful Cotswolds setting, and enough dysfunction to keep it interesting! It's a light read but one that still kept me til the end, with enough quotable writing to satisfy me.

For another English story focused on a motherless only child who becomes fascinated with a house, and that has elements of the war included, try Tryst by Elswyth Thane. It has the same quiet. omniscient style as this book, but with a bit more unexpected content...

If you're looking for another strong-willed child-to-girl-to-woman who is irrevocably linked to her house, read L.M. Montgomery's Pat of Silver Bush and its sequel Mistress Pat. Pat's decisions and choices in life as as controlled by Silver Bush as Selina's are by Monksfield. They are written within decades of one another, so still have some of the same tone in the telling as well.
Posted by Melwyk at 10/20/2014 02:29:00 pm