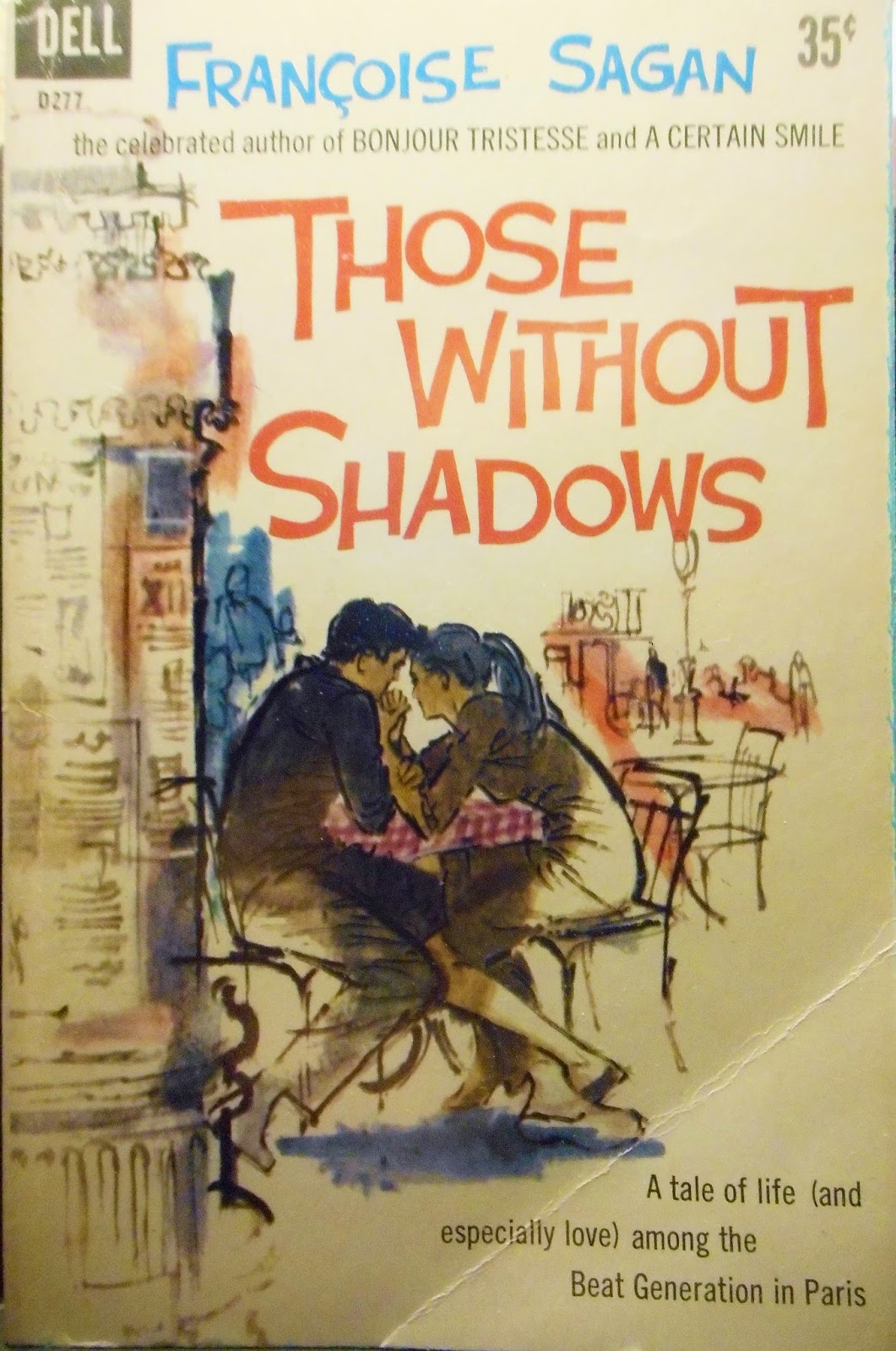 Now here's another slim tale set in France, but it is so very different from my last readerly visit to that country: this one is definitely for adults, and it is much more cynical as well.

In fact, the level of blase cynicism really put me off. Because the book was brief, because it was written by Sagan, because I had hopes it might turn around for me, I continued. But sadly, the mid-century French misogyny just got me down. I've seen Sagan's characters compared to Salinger's take on restless teenagers -- perhaps that should have warned me off as I also dislike Salinger -- but I went ahead and read this account of shallow, substance-less people existing amidst great ennui, "those without shadows" indeed -- they are all surface.

It is fully taken for granted in this book that young beautiful women are every middle-aged man's property to trade and use and lust after. That middle-aged wives just have to grin and bear their husband's public infatuations, after all, they've lost their looks and are lucky they're still married. That a young woman can sleep with one man because she's sorry for him (oh, so sad, you've turned down his advances so owe him one) and then go home to another who is far below her intellectually but whom she adores because he is strong, aggressive, and possessive.

There is a whole mess of characters in this tale, and they're all tangled up. Older male writers and businessmen, young female actresses and ingenues, dumb young men from the country, tortured young artistic men etc. etc. They all lust after one another, shift their allegiances, and trail off into an inconclusive ending.

I was so not in the mood for this kind of read; I could find no redeeming qualities in it except for the adorable vintage cover. After two tries at her novels (Bonjour, Tristesse was the other) I think I've pretty much established that Sagan is not the writer for me. Perhaps she will find admiration elsewhere from now on.