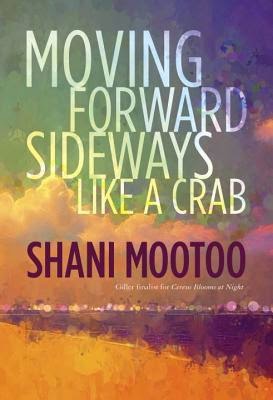 This is the first novel I've read by Mootoo, although her titles always fascinate me. This story focuses primarily on two characters: first, Jonathan, a young boy when his second parent Sid leaves their home and from Jonathan's perspective, abandons them. And secondly, and most profoundly, on Siddithi/Sidney, who has a deep reason for leaving both Jonathan and his mother, India, and for finally leaving Canada to return to Trinidad.

It deals with themes of identity and displacement, of love, and what relationships mean -- familial, neighbourly, or romantic relationships. It is told in a subdued manner, even when the content isn't necessarily quiet or smooth. This may be of great appeal to some readers, while others will find it slow going.

Personally, I thought it was an interesting concept, and the twin settings of Toronto and Trinidad were both clearly drawn. The story was certainly full of dramatic events, but the style was a bit bland for me. The story is told through the voice of both Sid and Jonathan, and those two very different characters sound very much the same. At times I had to pause to try to remember who was narrating. Much of the story is also presented as Sid telling the story of the past to Jonathan, and all that passive voice was a bit soporific.

So, not a book I raced through, but one I did want to finish. In the end I liked it but felt it was lacking the punch I'd hoped for. The details about Trinidad and the life of Trinidadians in Canada were great, though, and I did learn a fair amount from this novel. I just wasn't emotionally involved in it.
Posted by Melwyk at 6/13/2014 05:16:00 pm