The Vet's Daughter by Barbara Comyns 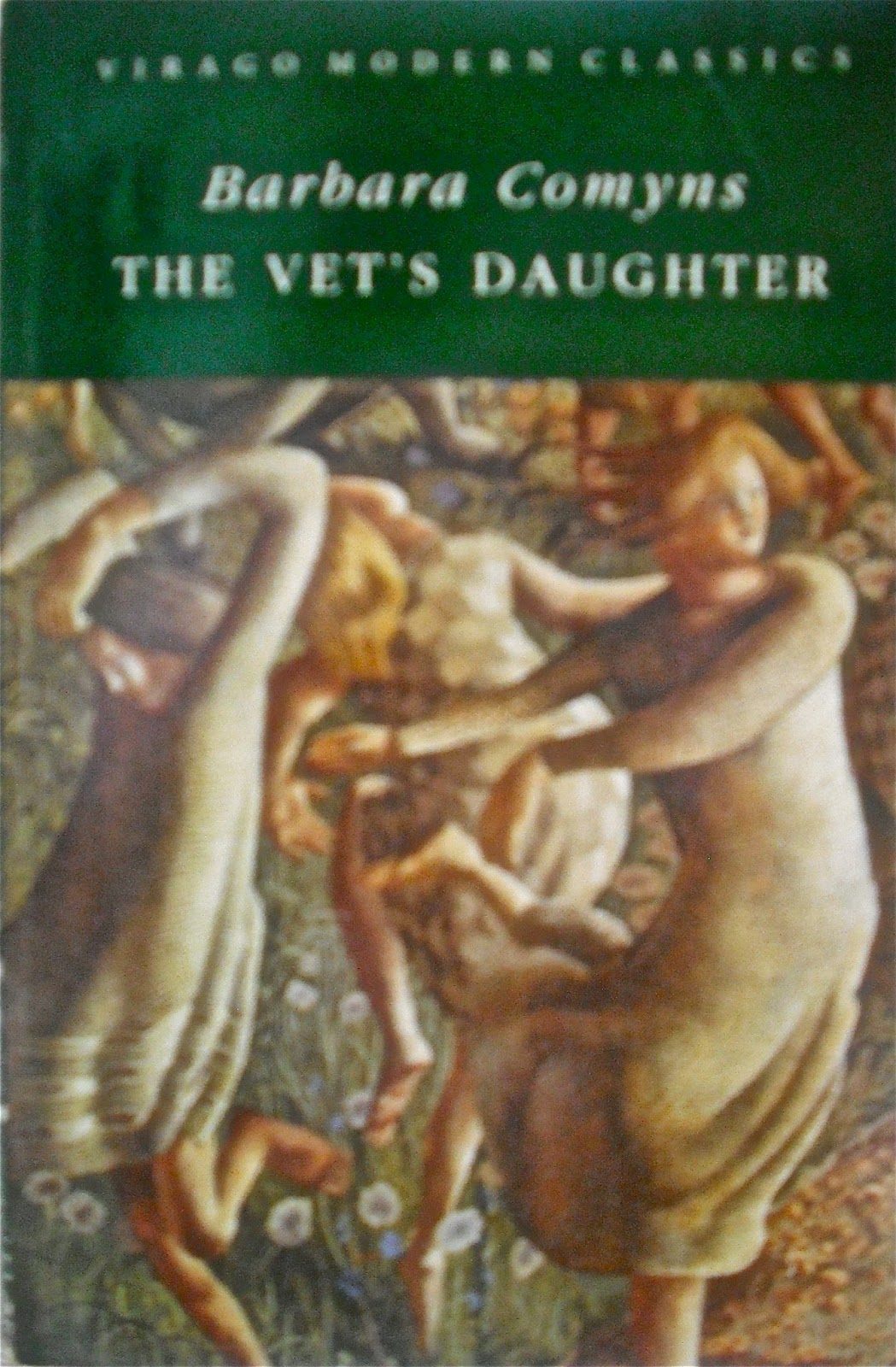 All this time, this thin little green book was sitting innocently on my shelf, giving no indication of the box of weird I was going to get when I opened it up. Barbara Comyns is startling in her social realism, with a story that outlines a drab suburban London life in the early years of the 20th century, complete with violent father, ugliness, sexual violence, sordid surroundings, and some completely bonkers elements that are related in the same realistic tone as the rest of the book. Dickens had his spontaneous combustion, Comyns has levitation.

Alice is a young woman whose sickly, defeated mother dies early on, leaving Alice at the mercy of her selfish, cruel father. He sells animals to the local vivisectionist, he is physically violent, he takes up with a crass woman shortly after Alice's mother dies, but fortunately, he does have a temporary assistant who takes pity on Alice and sends her to look after his mother (also sickly) far away in the country.

Eventually, this mother dies too, and Alice returns home to a father who doesn't want her there, thinking he'd finally got rid of her. But then, Alice's secret abilities are discovered, causing dollar signs to pop up in his eyes. His greed eventually leads them all to Clapham Common, to a typical violent and oppressive conclusion. Poor Alice never really has a chance to get out from under his shadow, and her narration reveals a limited understanding of life and its possibilities.

I thought this was brilliantly written, with the style matching Alice perfectly. The multitude of one thing after another that Alice encounters would have broken many women (including her mother) but Alice finds a way to rise above it all -- literally. Her lack of ability to truly connect with other human beings shows her stunted emotional life, though, all tendency for close human relations squashed out of her early on. She lacks that spark that would allow her to throw off her upbringing and carry on. It's a strange, strange story, combining realistic/gothic elements of cruelty and vulgarity with the very fantastical. It all combines to create a book that is uncanny in some ways, with a sense of Alice having gone right through her own kind of looking-glass. Well worth exploring, but also quite unsettling.