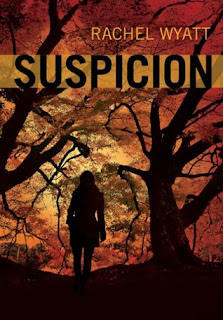 Candace Wilson walked out one sunny morning on her way to the dentist. Because the dentist's office was closed, nobody having called her to reschedule, she had an extra hour to fill before work. Because of this extra hour, she decided to walk in the park and ponder her life, and how it seemed to be going so off-course; should she start reinventing herself by buying a new couch?  Because of this decision to take a walk, she disappeared.

This novel looks at the results of her sudden, unexpected disappearance. Her husband Jack is a local developer, hugely unpopular right now thanks to his latest lakefront project. This makes it easy for many locals to quickly suspect that he has something to do with Candace's disappearance.  Or maybe it has something to do with a local busybody whom no-one really likes, and whose husband had a short-lived affair with Candace. Could it be connected to her rocky relationship with her sister Erica, and her brother-in-law's frantic devotion to finding Candace, or perhaps to Erica's own interest in Jack? Suspicions mount, and as the hours and days pass, supposition and the ability to believe the worst of almost anyone takes over this small community.

The power of this book lies in Wyatt's sharp eye for human weaknesses. She is able to capture individual quirks, both amusing and unpleasant. Her depiction, both of mob mentality and of an individual's reasons for behaviour that looks odd from the outside, is believable and detailed. You can see how this one change in the stasis of this community is shaking everything up. From Candace's immediate family, to her coworkers, to the larger circles of former school friends and local acquaintances, everyone is affected by what has happened. The narrative is snappy, with lots of movement between characters, and as the story progresses, the reader also begins to hold their own suspicions as to who might be responsible. The book offers many scenarios, none of which are confirmed or denied, leaving the conclusion apparently obvious...but is it, really?

Despite a story element featuring an online chatroom that is just too conveniently local, and the last pages feeling a little bit unfocused, I really enjoyed reading this. There is an inescapable feeling that the reader is implicated in the quick and easy fallback upon ungrounded suspicions, that we are just as likely as these citizens that we are condemning for their prejudices to want to blame somebody for Candace's disappearance, as quickly as possible.

It's a psychological study as much as a mystery, and very Canadian in its setting (fictional Ghills Lake, B.C.) as well as in Jack's idea that he's going to have to start over in Saskatchewan to escape the gossip (do people really move to Saskatchewan to reinvent themselves? It's surely the opposite trajectory to my own!) There was a wide variety of character types, young and old, and many issues of fidelity, satisfaction, fulfillment, friendship, and meaning playing a part. It was an unusual and entertaining read.
Posted by Melwyk at 3/28/2013 12:58:00 pm