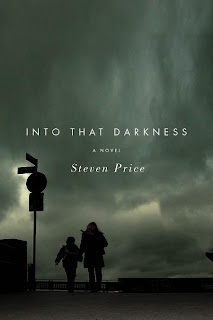 Steven Price had no idea that his novel about the aftermath of a devastating earthquake in Victoria, B.C. would be released shortly after the disaster in Japan. He started writing it seven years ago and it was released just a week or so after the earthquake and tsunami. He is quick to point out that is is unnerving timing, in an interview with his hometown paper.

This book takes the idea of a shattering disaster, and investigates what would happen to those in the midst of such a tragedy. What would the human cost and human reaction be? It turns out that the world quickly turns to chaos and self-interest, with the landscape of the novel nearly apocalyptic. There seems to be little order, no outside assistance, and hordes of marauding criminals.

The main characters are Arthur Lear, an old man, a former painter who has lost his artistic edge; Anna Mercia, a younger mother with two children, who runs a cafe downtown, and her son Marcus, home from school on the day of the tragedy. Anna Mercia and Marcus are trapped in the rubble, while Arthur is one of the rescuing team who pulls Marcus out of the wreckage (they think Anna Mercia is dead) and ends up taking charge of him. Marcus is convinced his mother isn't dead, and drags a reluctant Arthur into a search for her. She is indeed alive and after locating her all three continue their quest to find her missing daughter. This takes them all across the wild west that Victoria has become, encountering murderers, brigands and the odd person just trying to help somehow (these generally seem to be doctors and nurses).

The book was certainly exciting. The description of the earthquake itself, the simple moment when everything was unbalanced and the street rose up like a wave, that was stunning. The aftermath was pretty graphic in parts, and felt as alarming and grimy in the writing as the participants must have found it. Price also uses the situation to discuss the larger questions in life; what is human nature made of? Why would a God let this happen? How much do we owe to our fellow human beings? It was an intriguing premise, and the story held together for his purposes.

There was some thoughtful writing in it, as suits a poet's first novel. For example:

He had little time for those who would suggest men should not seek answers.
But an answer is only ever the edge of an outer question. And all of us keep
moving outward.

He told me a question doesn't have to be something you ask. It's a way of looking at the world.

However, in the end I seemed to have the same problem with this book as I do with others that are similarly post-apocalyptic in feel. I just couldn't feel truly engaged with the situation. It seemed so improbable that chaos and self-interest would immediately come to the fore, with men organizing themselves into roving gangs, and the patriarchal viewpoint unquestioningly restored, with women seen primarily as adjuncts to the action, with sexual violence hinted at. Even though Anna Mercia was a strong character she still faces gender specific dangers.

In other books like these, I have struggled to suspend disbelief. In this book I ultimately found it harder because unless such an earthquake had also paralyzed most of the continent, there would have been instantaneous assistance flown in. Here we have a world isolated from any outside help. So, read it if you like disaster stories. It is certainly evocative of the scale of destruction that we've just seen in Japan. But if you're going to continually question why nobody is coming to assist the city, well, it might not be worth your time to puzzle through it. If you can let the niggling details slide and simply appreciate the deeper philosophical themes and the ideas of human nature vs. wider nature, then you will find the writing deep and rewarding. 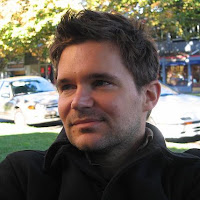 Steven Price holds degrees from the University of Victoria and the University of Virginia. His first collection of poetry, Anatomy of Keys (Brick Books 2006), was shortlisted for the Dorothy Livesay Poetry Prize (BC Book Awards), won the Gerald Lampert Award (League of Canadian Poets) and was named a Globe & Mail Best Book for 2006. He lives and writes in Victoria, British Columbia.