It's the end of May, and I'd better mention two books I've read for John's Canadian Book Challenge. Almost done now...but I don't know if I'll make it to all 13 this time around. Still have that pesky Nunavut to read about! But there's always the 2nd Canadian Book Challenge...
Anyhow, I've recently read two which I'll mention here in brief review: 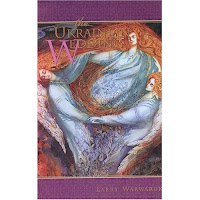 Set in the Interlake region of Manitoba during WWII, this is a tale of a Ukrainian community holding on to their past and their legends, especially that of the rusalka, or water spirit. It contrasts an immigrant community maintaining their customs with the need to become part of their new country. It's a mix of folklore and a murder mystery, and is peopled with fascinating characters. The action is set in motion at the wedding of the title, a summer wedding where the heat and the drinking and the dancing result in a married man, Yuri, running away with Marusia, a 'loose woman'. They return shamefacedly some time later, and the small community is shocked by the murder of Marusia, shortly after. The murder forces them to adapt to the world they now live in, as they say, "murder is murder, whether in Ukraine, or in Canada". While the older members of the town cling to religion and their old world beliefs, the younger people see a wider world. Some of the young men go off to Winnipeg to join the army, and one girl, Lena Melnyk, dreams of going to Winnipeg to work as a domestic, or even to Toronto to work in the factories -- anything to get away from her past. The events of the war are woven into the story through newspapers and radio, but the focus of the story is on the Ukrainian worldview of this group, which is becoming Canadian in the younger generation. The novel has a bit of a dreamy feel despite the fact of murder and the quite frank sexual content. It's an interesting example of how Canadian-Ukrainian writing often looks toward the past, to the history and culture of immigrants, while modern Ukrainian writing looks ahead to current events in Ukraine. All in all, this was a fascinating read.

The second book covers the Yukon Territory, as it is a mystery set primarily in Whitehorse and further north in the Willow Creek Adventure and Wilderness Retreat. The research scientist and amateur sleuth Robyn Devara is going up north because her boyfriend Kelt is involved in a research project on pikas. But the most intriguing fact here is that a fellow scientist, an ornithologist named Selena Barry, has been murdered and has willed all her notes to Robyn -- who never met Selena. Among the geologists, ornithologists, and varied research scientists, Robyn must figure out who could have killed her and who might kill again. It's a quick, light read for anybody interested in birds, ecology, wilderness or just plain mysterious fun. And it has lots of information about the Yukon, too!